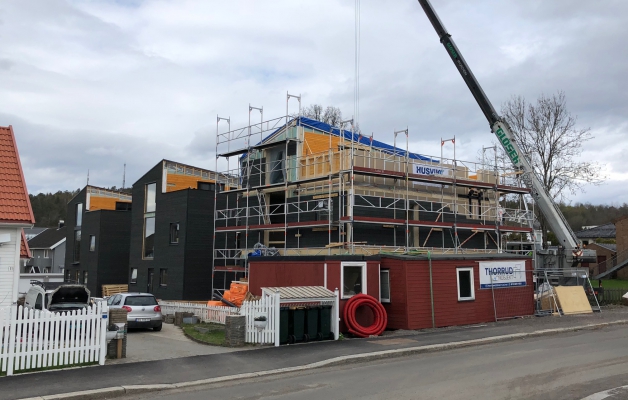 As informed previously, Husvik has produced and delivered house elements for Olav Trygvasonsgate project. The production had started in the middle of December, last year. First two houses were delivered and assembled already in January. If you had missed it, you can still read about it here: husvikhus.com/single-houses-in-january 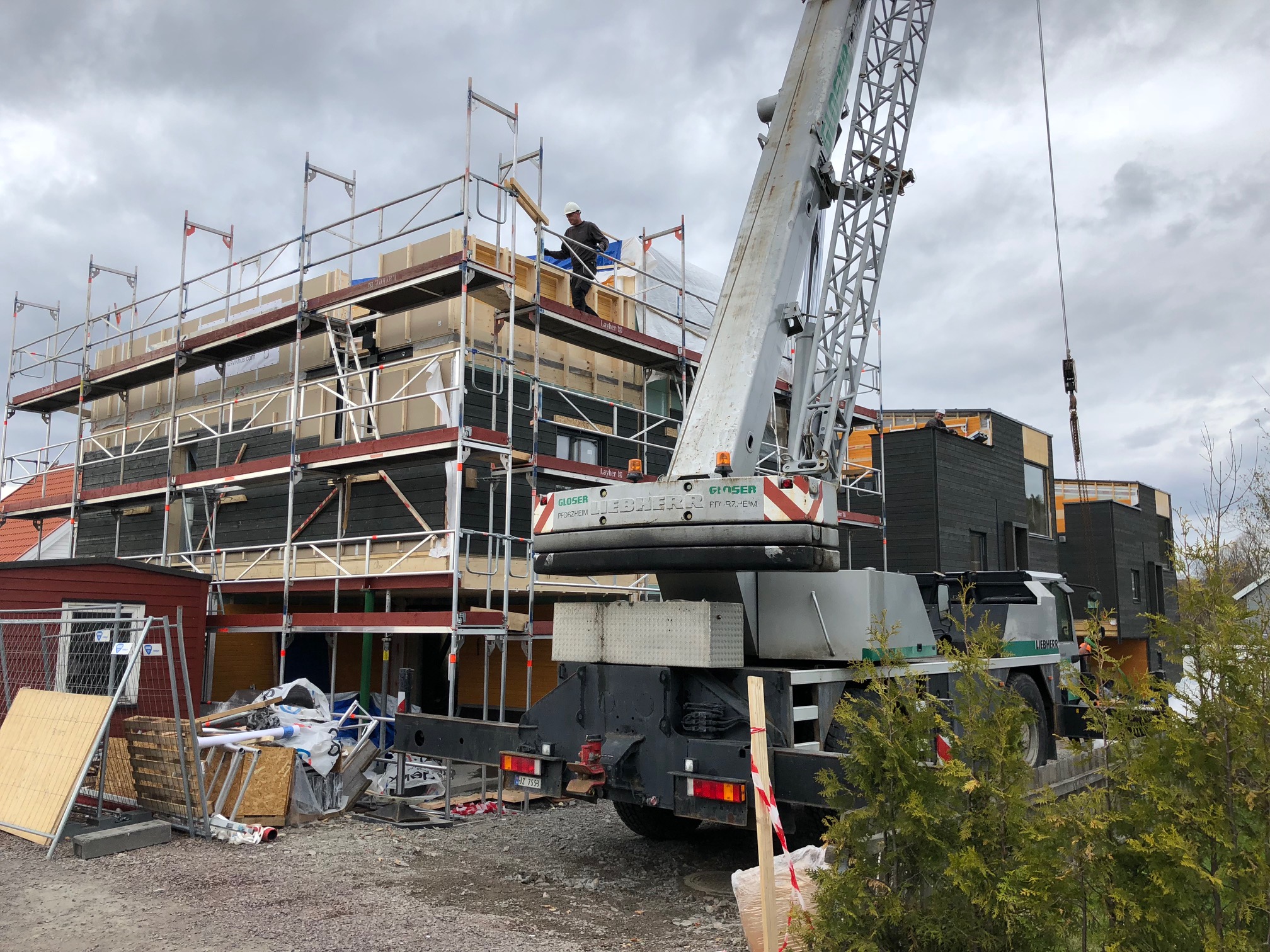 Now, the 3rd house - the final one - is completely erected at the building site. As the customer has reported, the assembly of elements had taken about 4 days. We wish him best of luck to make the necessary finishing works as soon as possible!