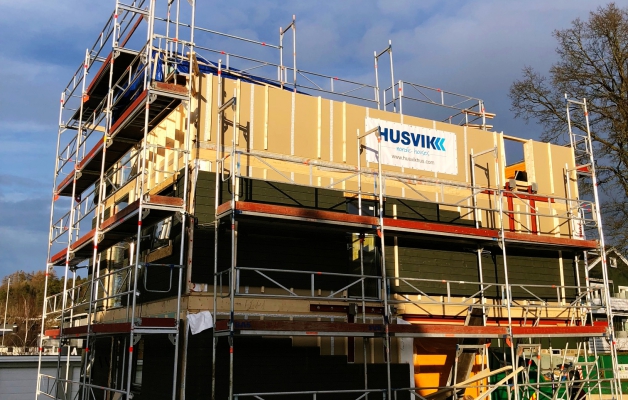 As reported previously, project in Tønsberg centre is now being assembled by the customer. Now the first house of three total houses is fully assembled, and the second house had just been started. Meanwhile external and internal finishing works for the first house are in full process as well. 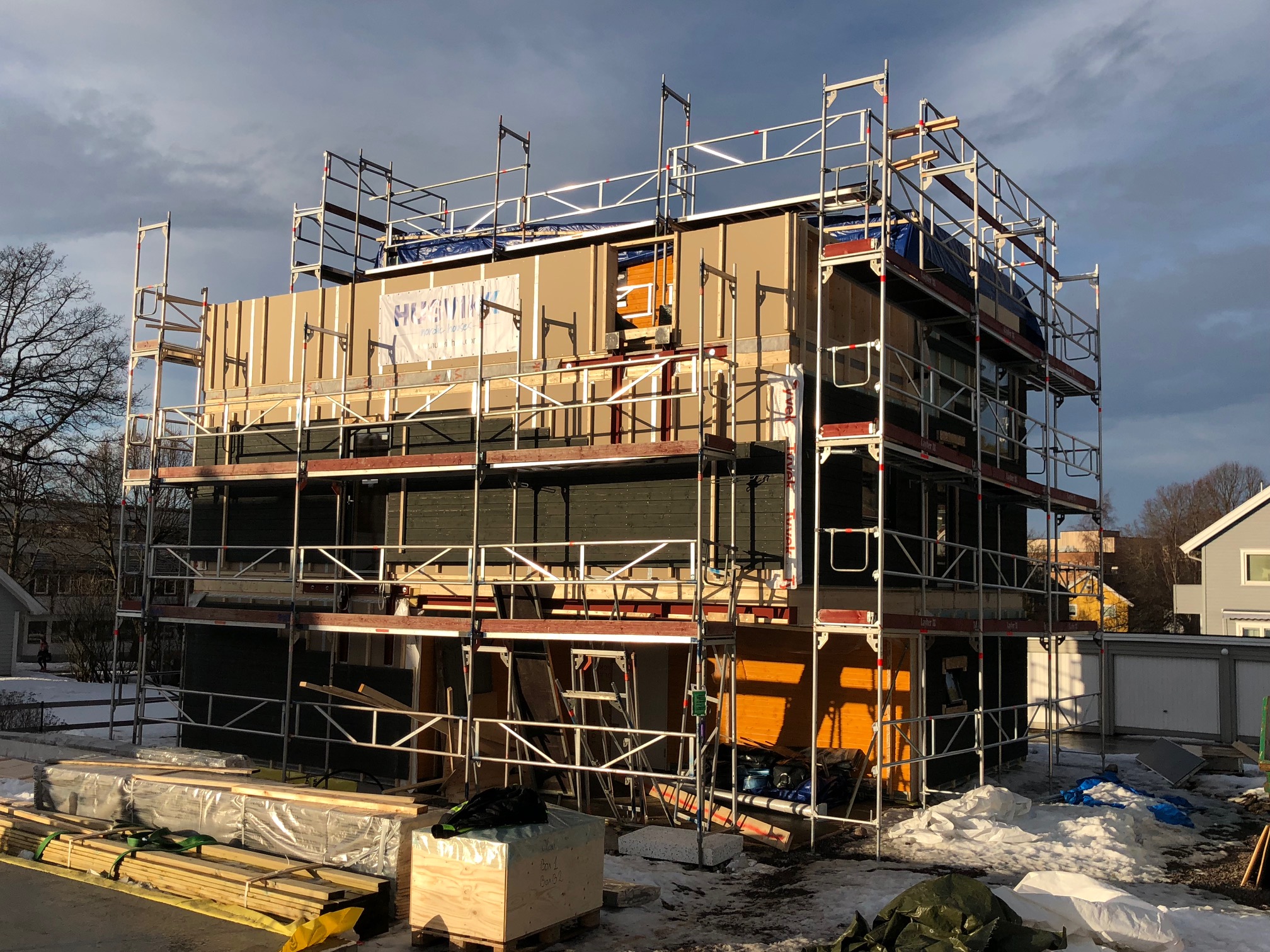 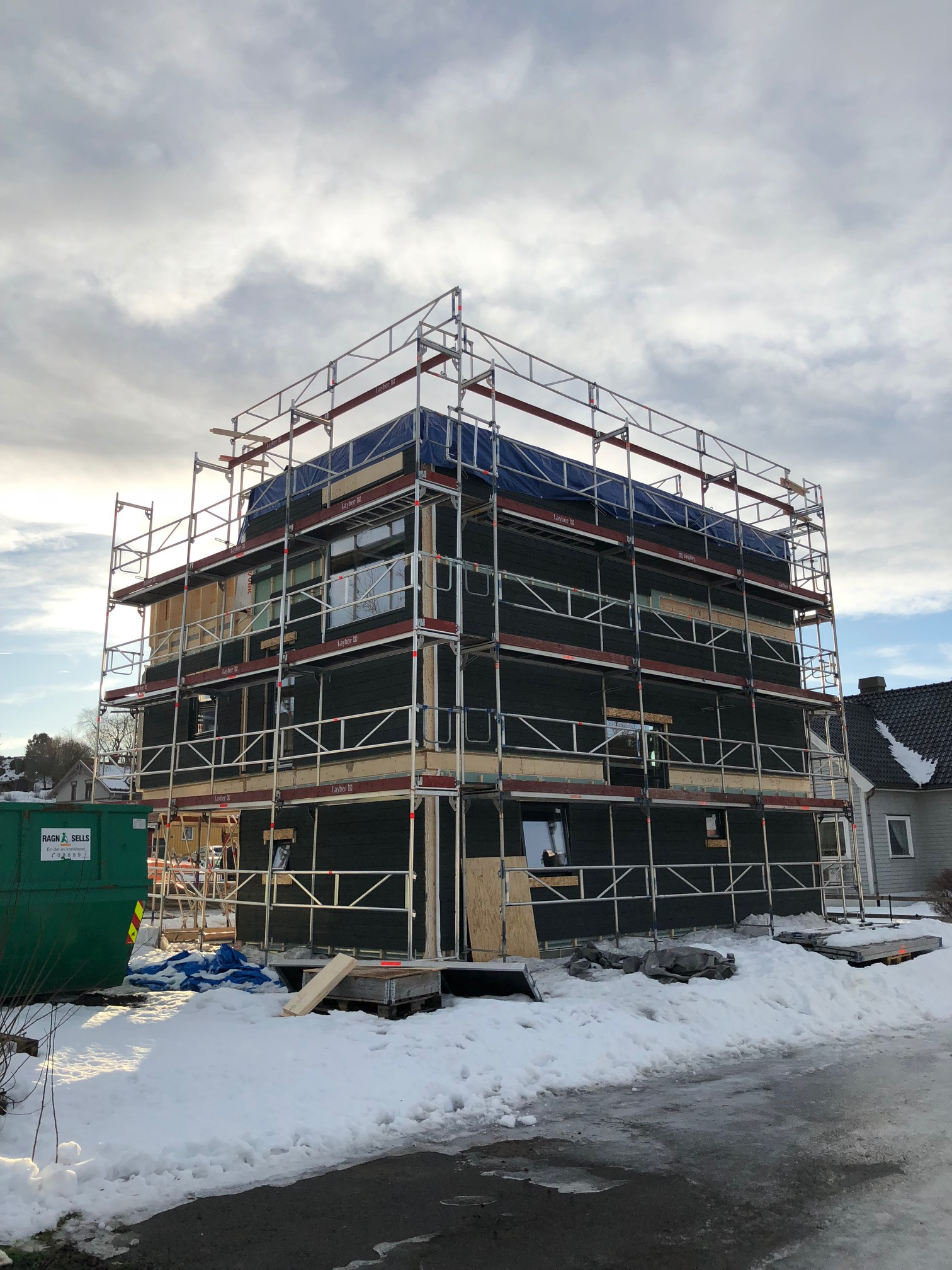 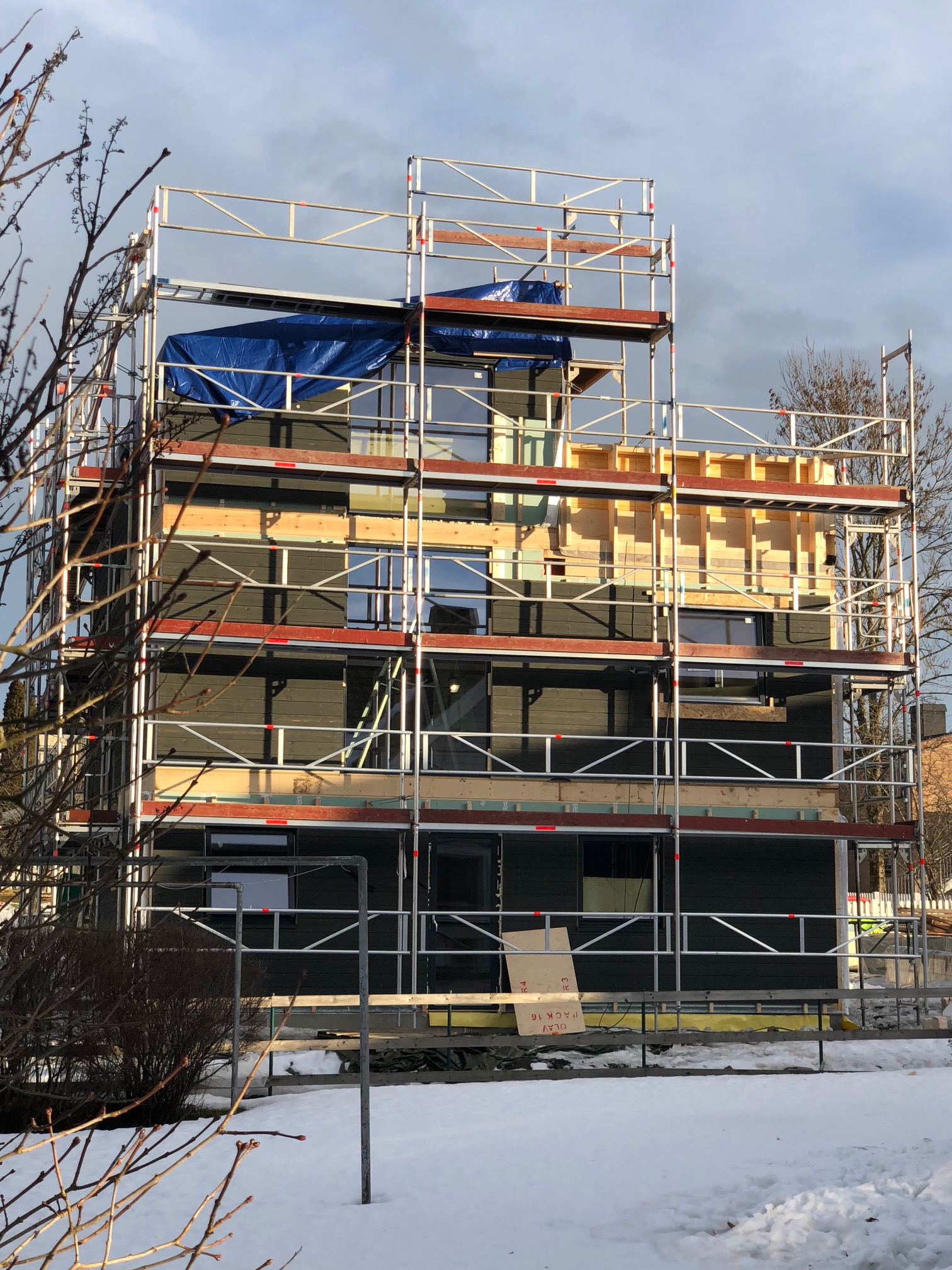 On the end of December we started production of Furustubben 11 project. Shorlty after New Years eve celebration, the pre-fabricated elements were ready for delivery. 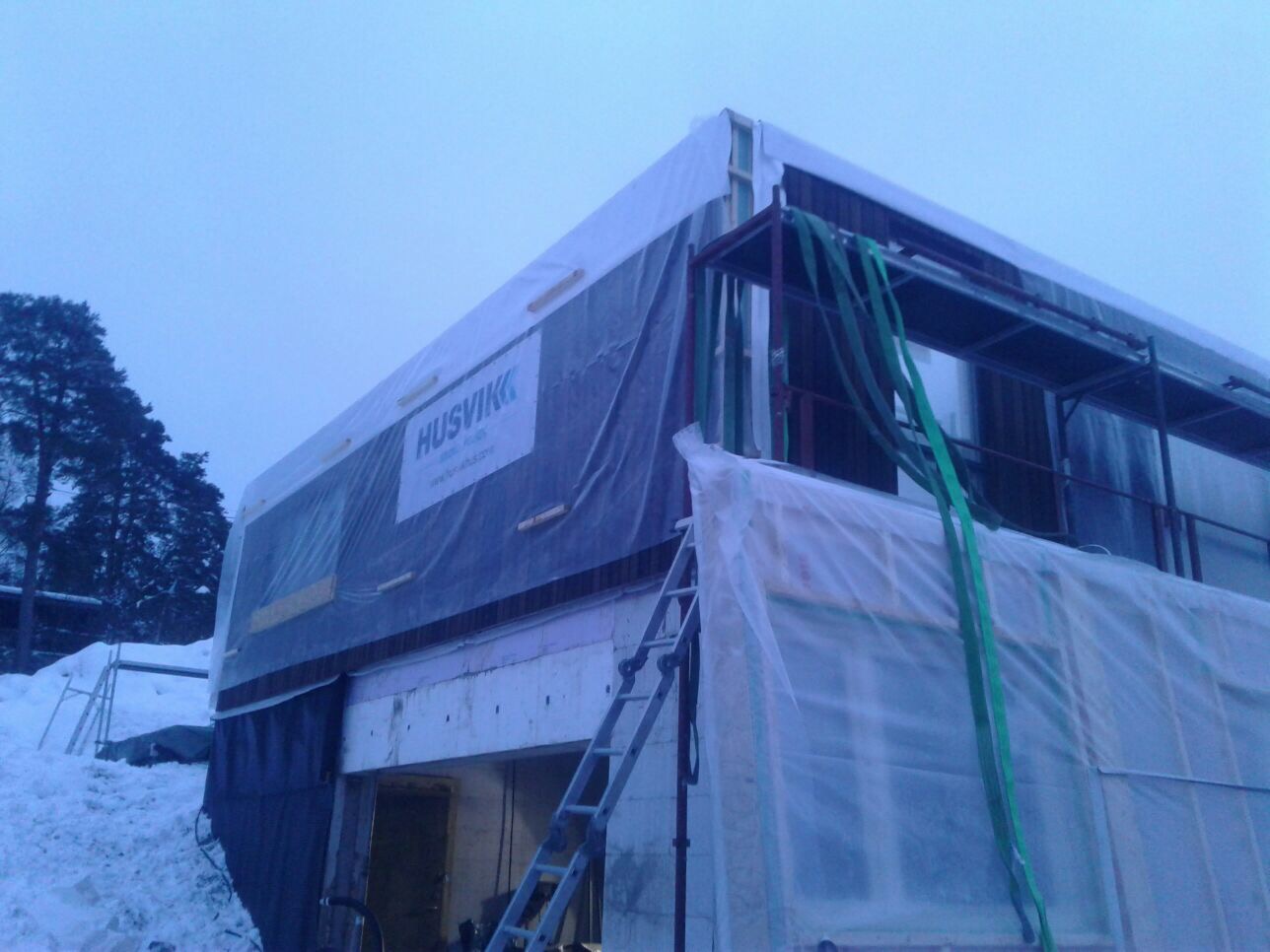 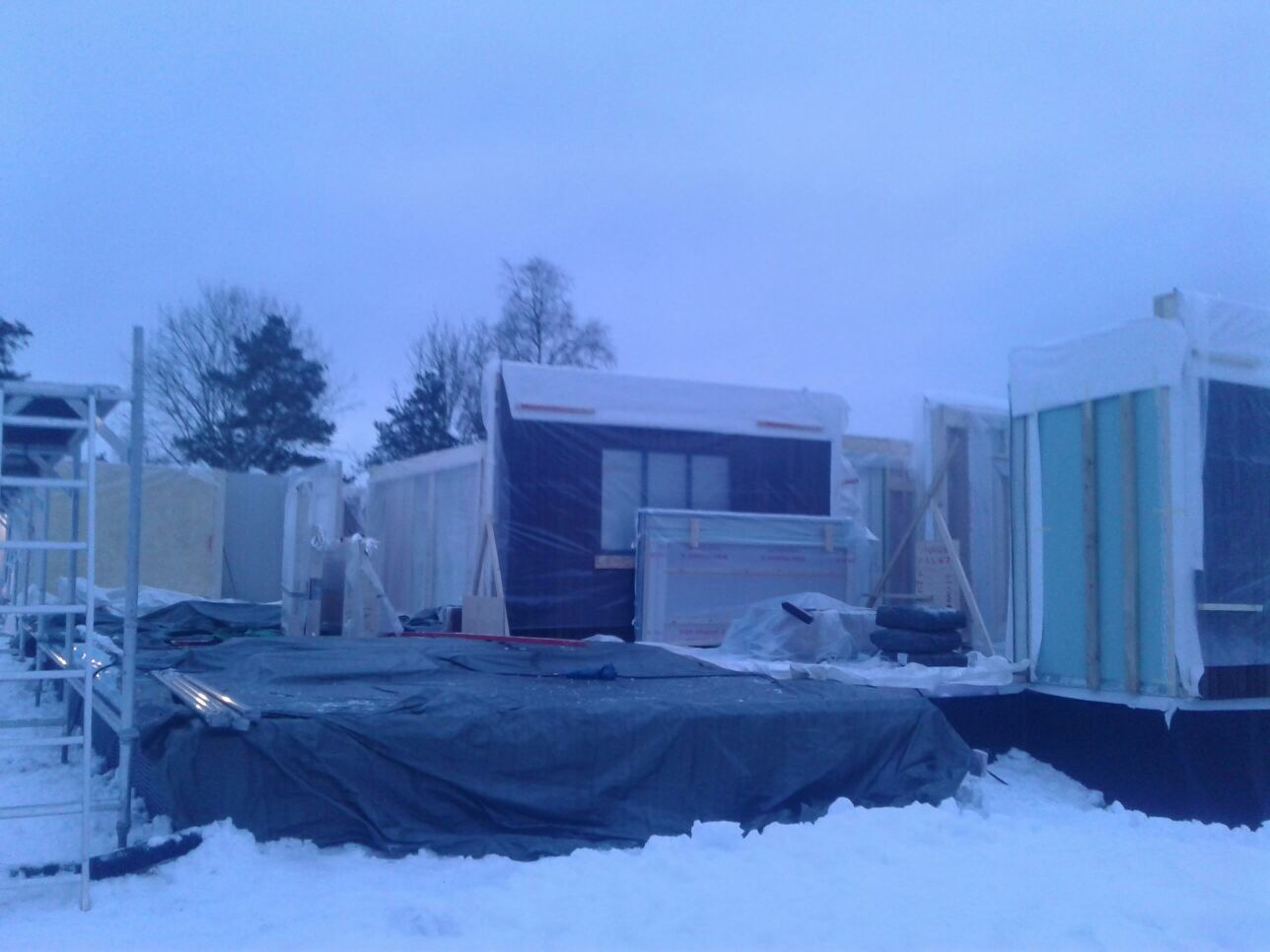 Within a week this unique one-storey house was fully erected. A lot of time was consumed for cleaning constructions from the snow, that had covered the area in tremendous amounts. 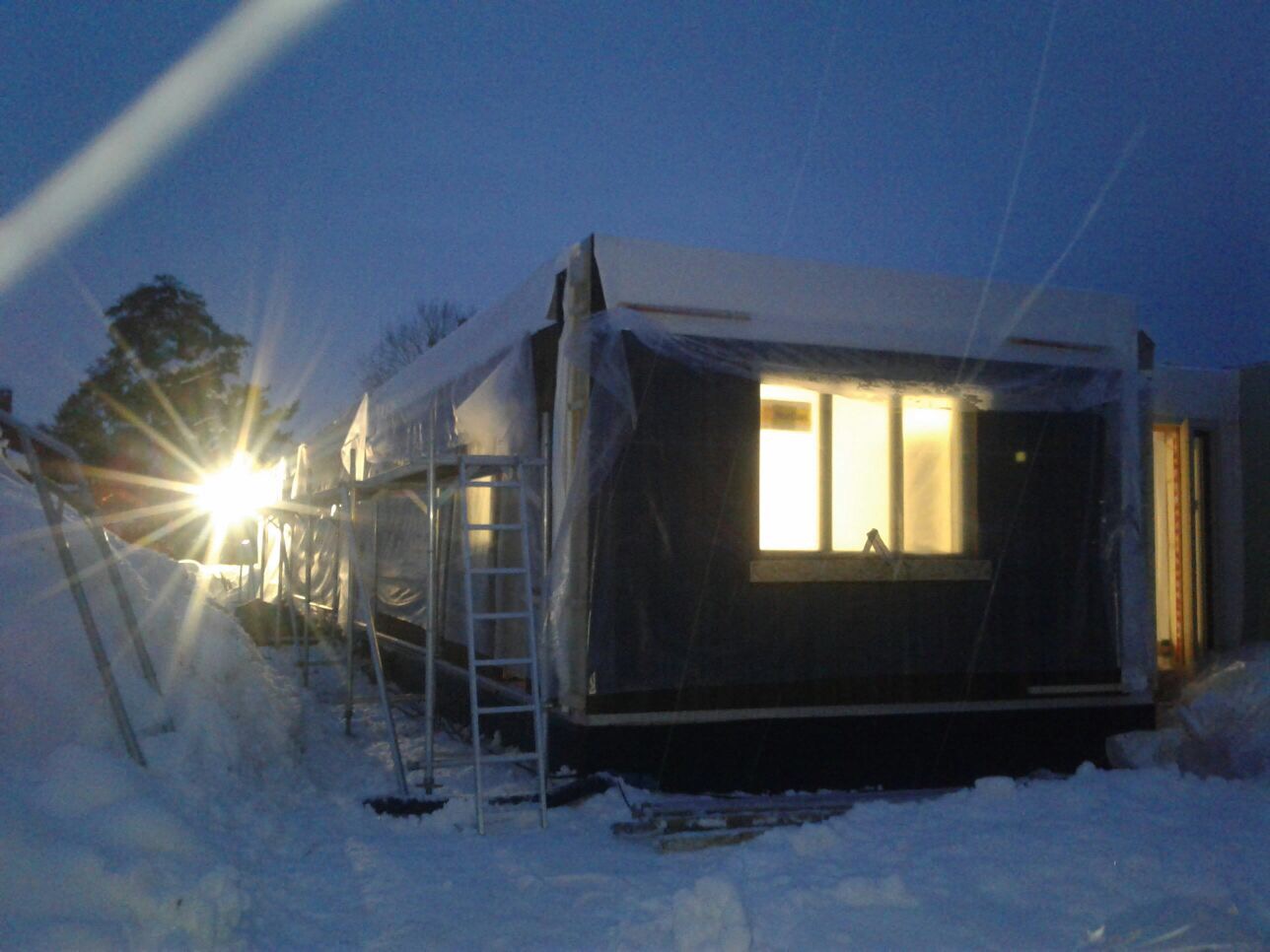 More Royal wooden weatherboarding and aquapanel for plastering were used for external finishing of this project. Tomorrow moring our guys will leave the buildings site, as the sealing of elements is done. The rest of the finishing works will be managet by the customer. 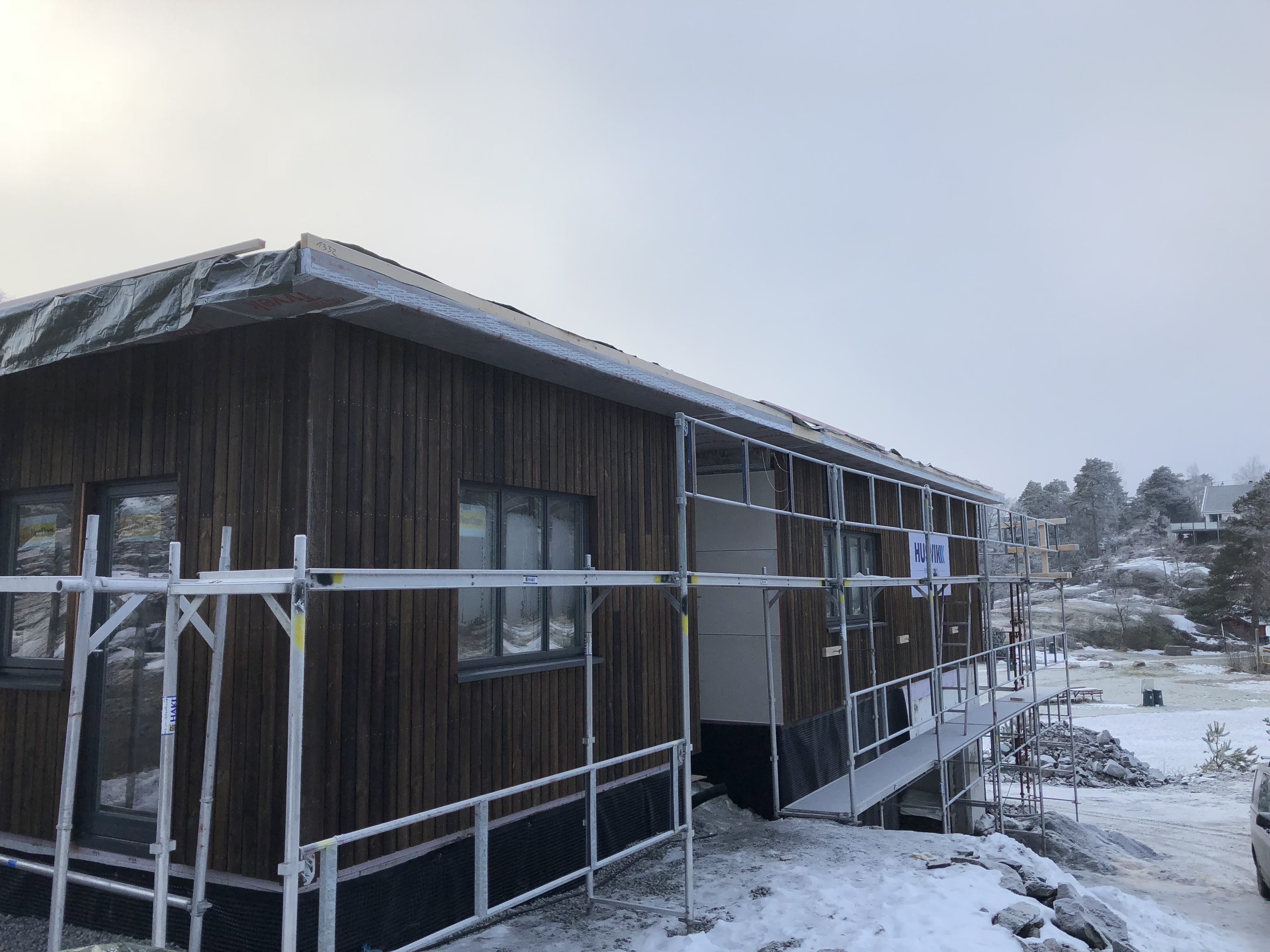 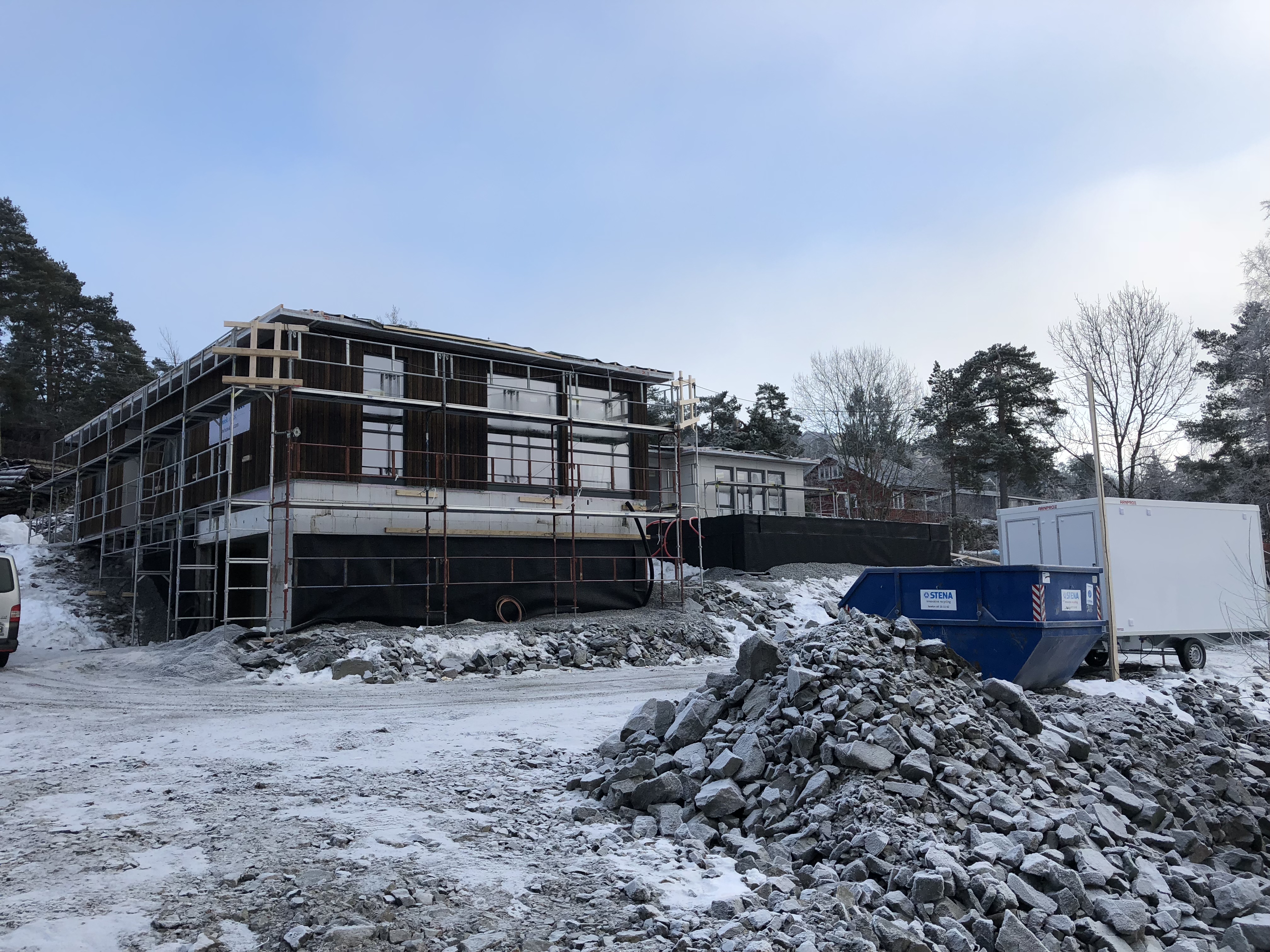 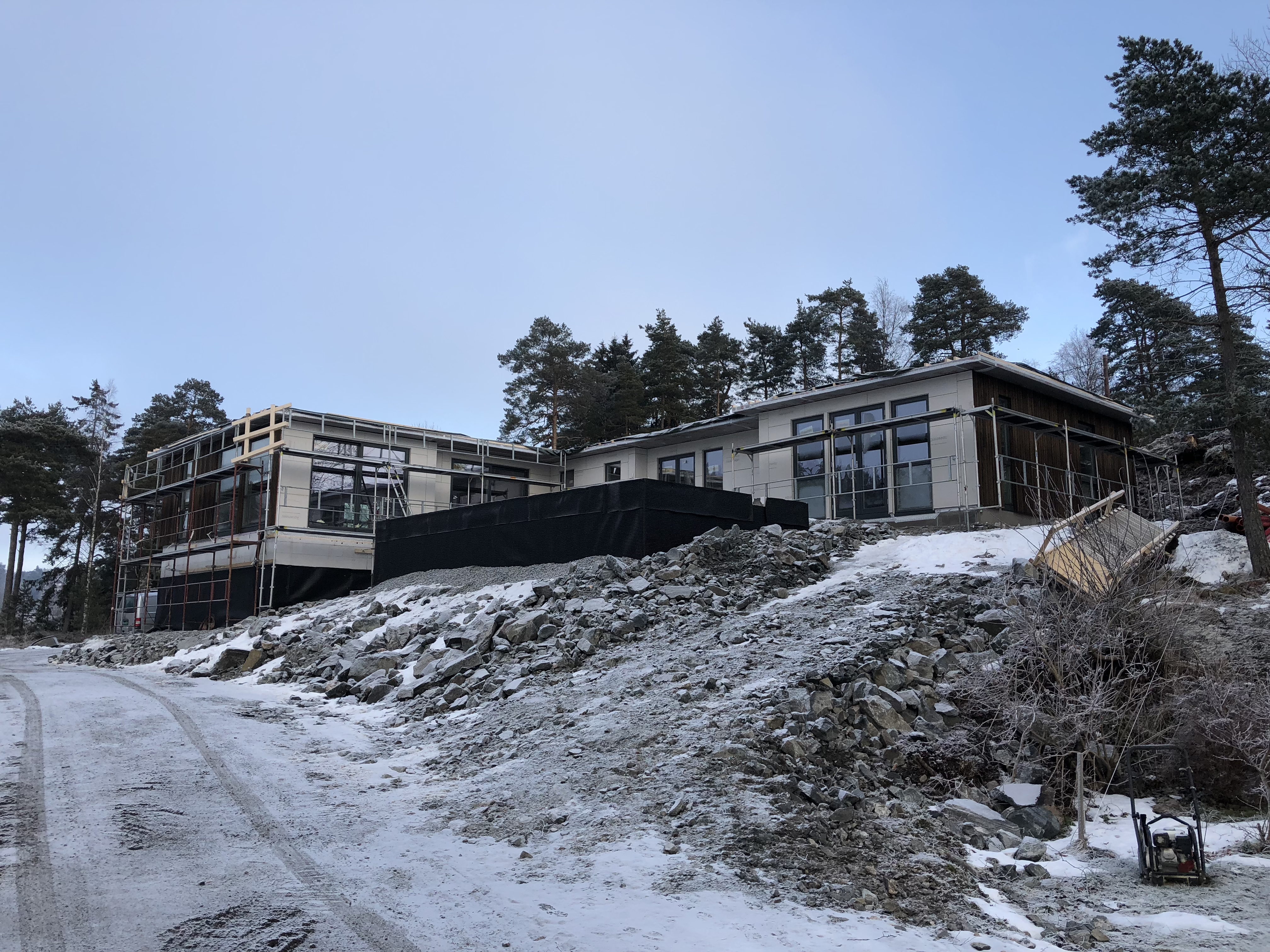 All 5 units are handed over, the apartments with a fascinating view are located in Eidsfoss, Markenrudveien, Norway. The housing is built according to building technical regulations - TEK 10.

Husvik has been a proud subcontractor for Backe AS. For the new Nursing home, Husvik delivered and montage timber prefabricated infill outer wall elements, which are increasingly stringent requirements for energy-efficient buildings.

Husvik is involved in a huge project - Move Kiruna city. The Municipality of Kiruna has adopted a development plan for the town’s new central core, which will include around 3000 homes, a commercial centre, a hotel, and public institutions.