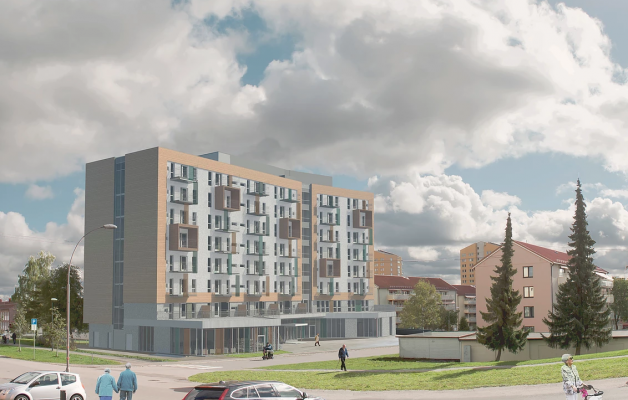 Since the beginning of February, climate walls are being assembled in Øivindsvei Omsorgsboliger project, located in Oslo. This is a 9 storey building with 80 separate flats in total, intended as nursing home for elders. In total, Husvik has delivered more than 2500 m2 of wall elements. The final delivery scheduled on next week. 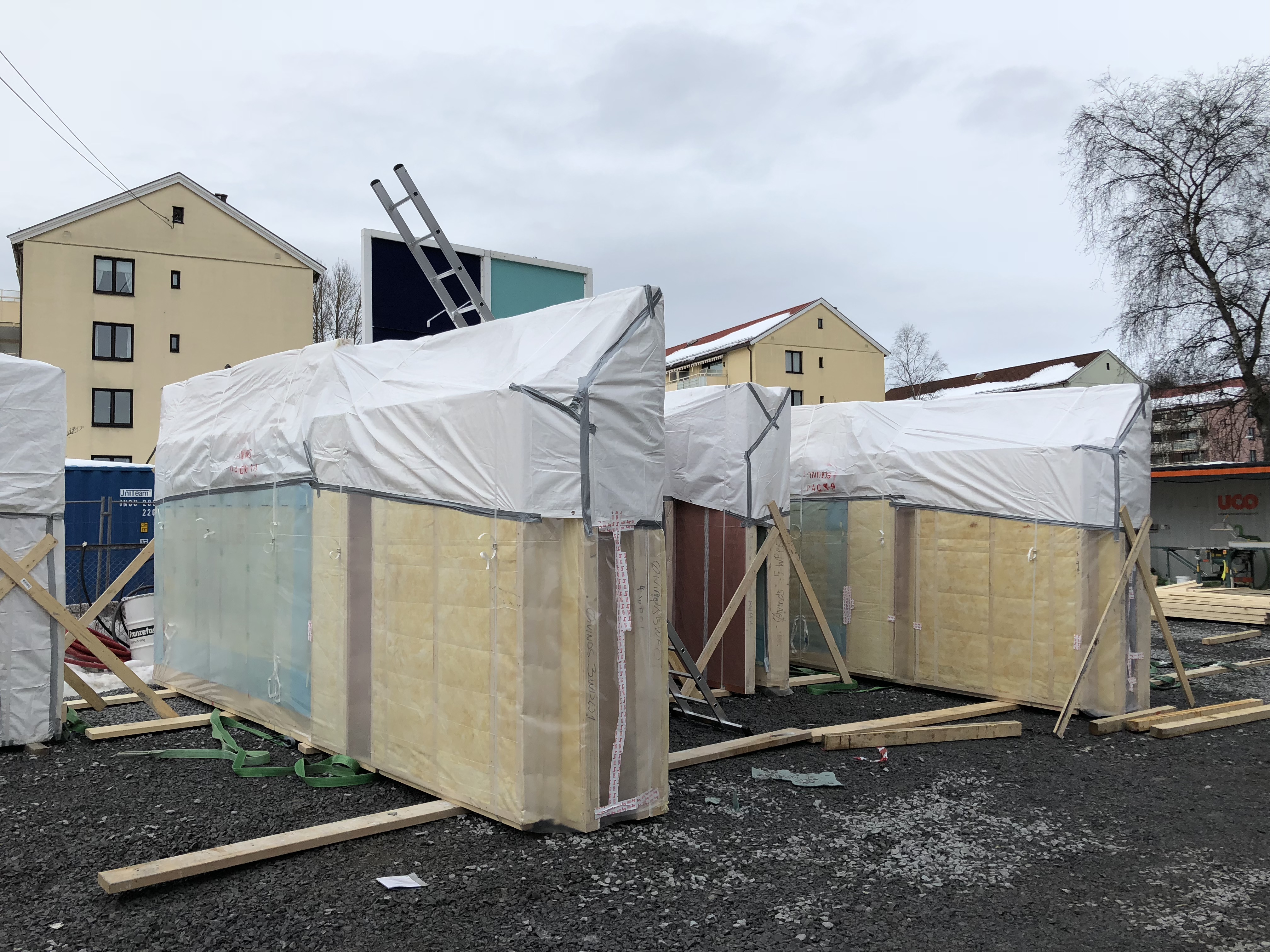 For this project there were special passive-house demands, which required 350mm insulation with better thermal conductivity and windows had to be with special passive house profile. At first, it was quite challenging, to install windows in panels, as they had to be placed deeper in wall structure, than usual. But after some practice, it was no longer a problem to produce wall elements in usual speed. 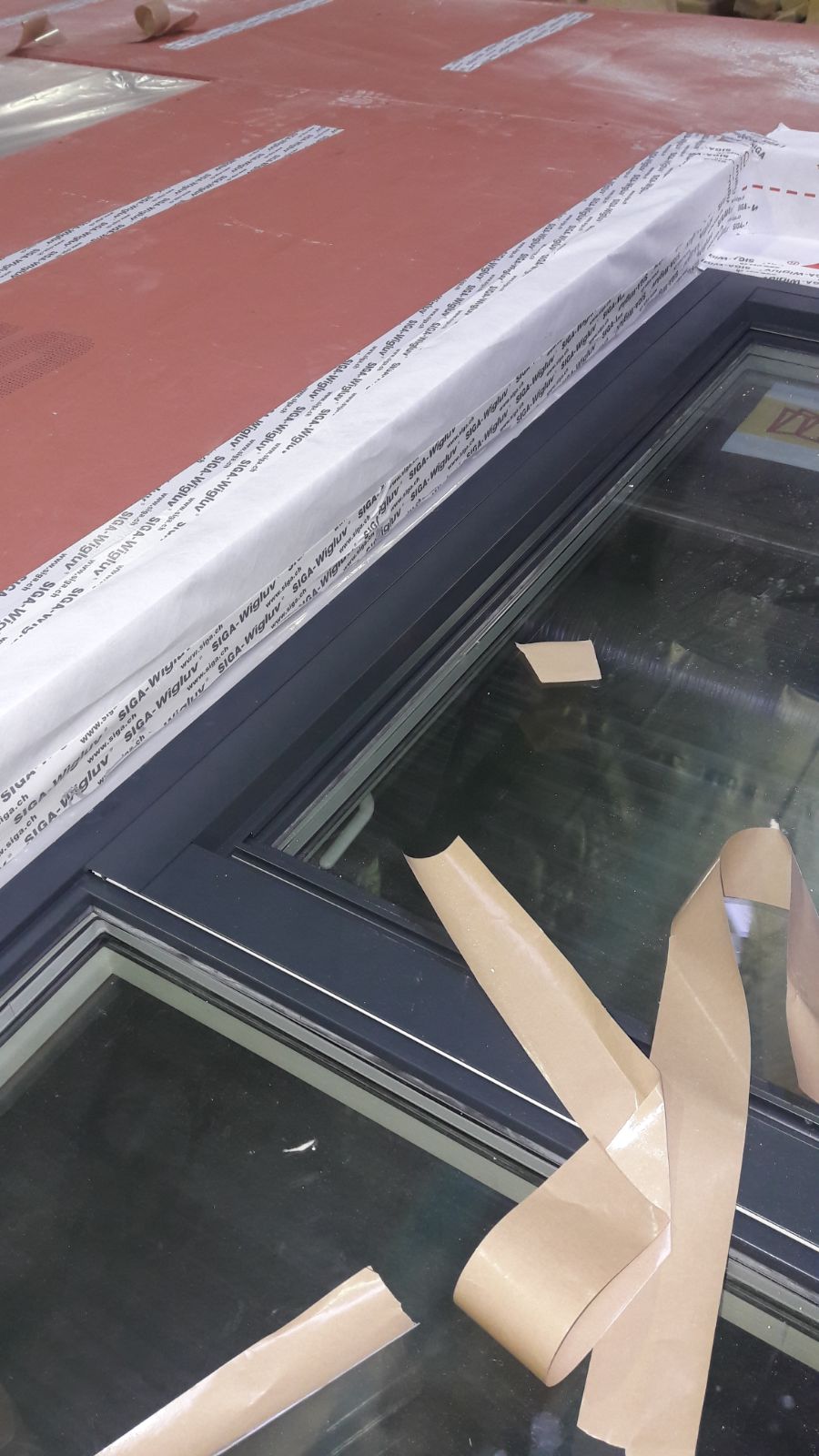 On site, the assembly is being done by the customer's company. So far they have assembled most of Husvik's produced external walls and now the last facade is being installed. 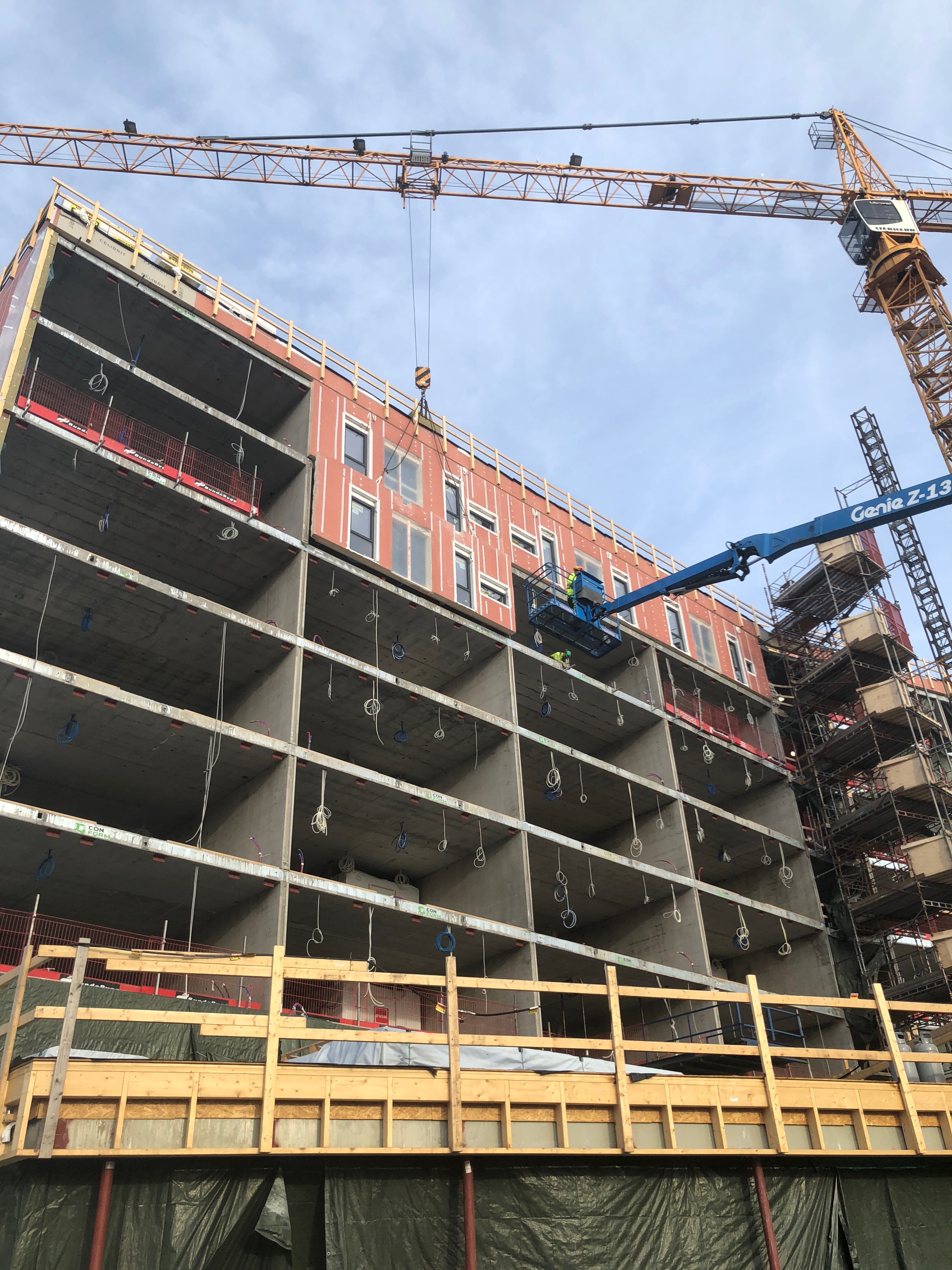 As the assembly progress is quite noticable, climate wall elements should be finished soon. 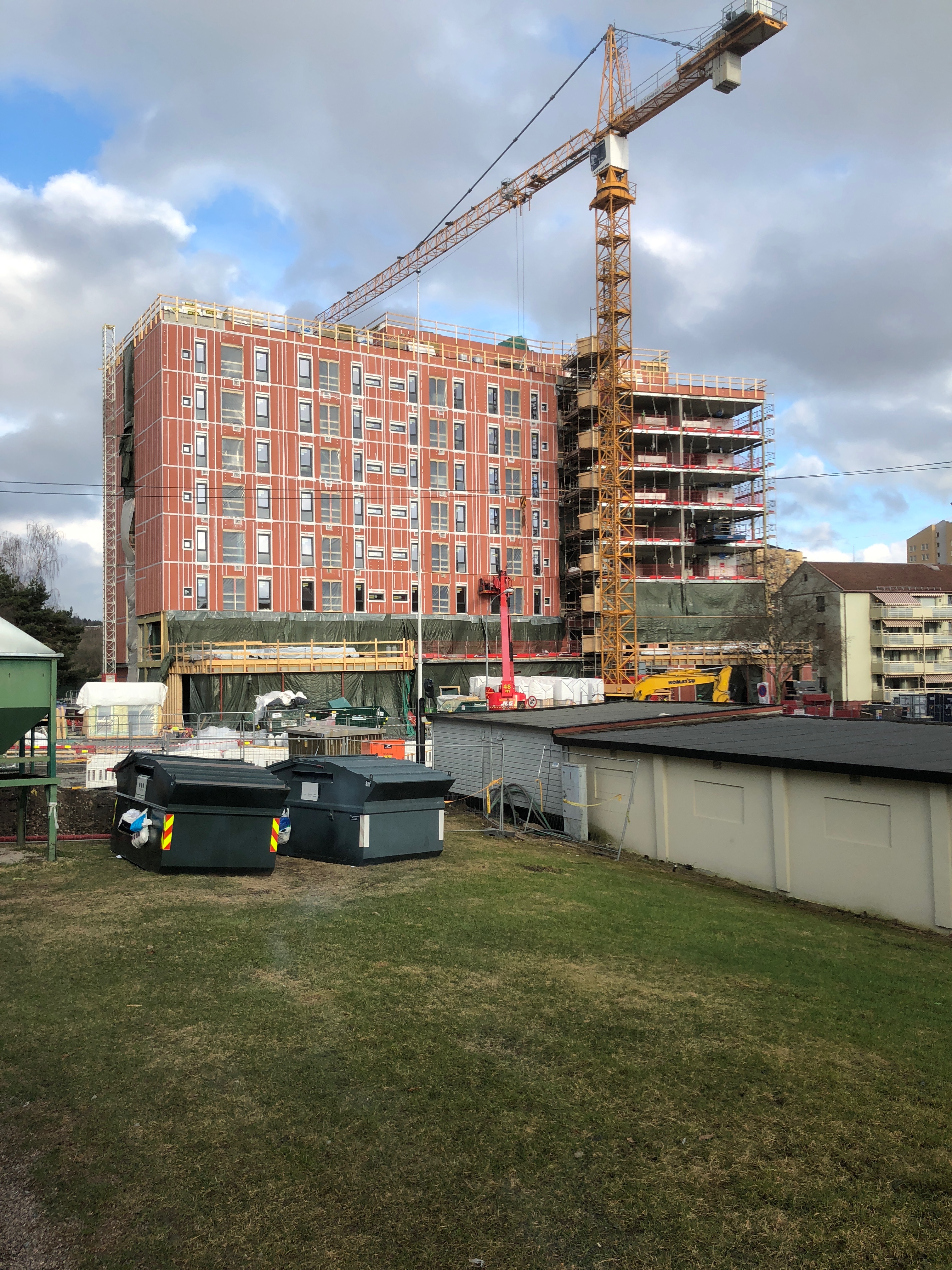